Posted on January 29, 2019 by danielshumphreys

Several reviewers have noted Paxton’s tendency toward acting the Boy Scout in the first two books. To some extent, that tendency is turned a bit upside down in the next book but … that would get into spoiler territory and we’re not here to talk about that, today.

The titular star of Declan Finn’s new urban fantasy series is one Detective Thomas Nolan, and he is not just a Boy Scout, he is a literal saint. Which comes in handy, considering Saint Tommy resides in a New York City infested with the forces of darkness. 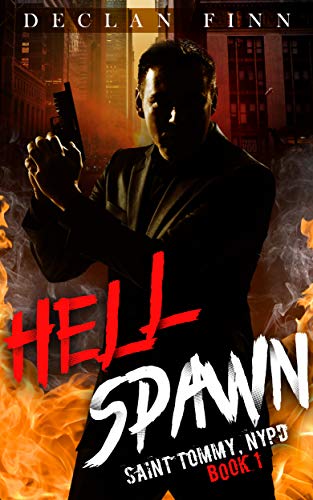 In the first book, Hell Spawn, Tommy slowly becomes aware of his … well, they’re not exactly powers, per se. One of the interesting aspects of the series is that, other than being a good, moral person, Tommy is just an average cop. The miracles he’s able to perform to level the playing field between him and the minions of Hell come from the power of prayer. It works in this context, and it’s more Ted Dekker crossed with Michael Connelly than it is Frank Peretti. There are also some delightfully creepy haunting scenes that invoke more than a subtle sense of The Amityville Horror. (For some dumb reason, I read most of the trilogy at night.)

There is no shortage of action, and the climax is absolutely astounding. Explosion junkies will get their fix and more. 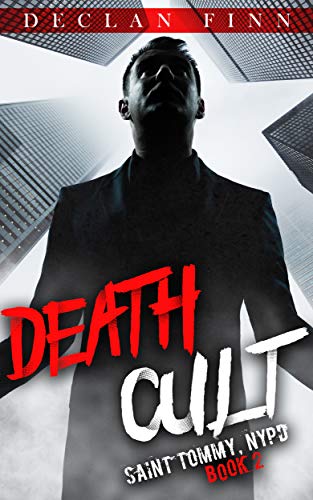 One enjoyable aspect of the whole series is that it’s ready-made for binge reading. All three books are pleasantly compact, and each dovetails nicely with the preceding volume while upping the stakes. The second volume moves past the demonic possession theme and expands the stakes by addressing the cult that summoned the antagonist demon in the prior book. Finn doesn’t pull any punches here; anyone depraved enough to join in with human sacrifice has obvious issues, and the bad guys are well-drawn. Any resemblance to persons or organizations living or actual is more than backed-up in a story sense, regardless of a few irate Amazon reviewers. 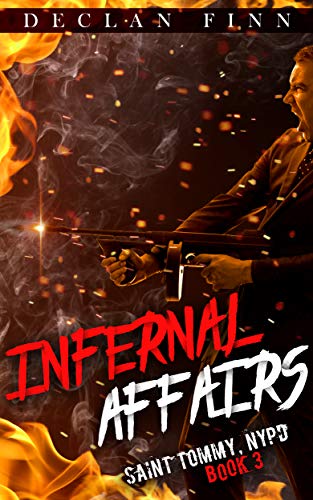 And, out today, we have the concluding volume of the first trilogy. It ties up dangling plot threads while laying on enough action for another trilogy. It’s a great accomplishment, an engaging story, and my only complaint is that they’re too short. I fully recognize that my own personal tastes in that regard, though, are way outside of the mainstream. (Rather than retread old waters, see my discussion on word counts here). On the bright side, Declan is hard at work on the next three, so expect to see them soon.

It almost seems unfair to pigeonhole the Saint Tommy books into one genre. They’re undeniably urban fantasy, but I’d also say they’d fit in well with, as I mentioned before, the Christian fiction genre led by Ted Dekker and Frank Peretti. Dean Koontz has kind of swung into this lane on a more mainstream basis in recent years, and Declan’s series measures up in that regard (well, as much as one can measure up to Koontz, who is, in my humble opinion the most-skilled American prose writer of at least the last 50 years.)

Give them a try. I think you’ll love them.