Posted on December 19, 2017 by danielshumphreys

A bit less than a year ago, I posted my review of Brian Niemeier’s Nethereal. If you’re unfamiliar with Brian’s work, take a moment to scan the review. It’s an intriguing premise that mixes familiar space opera tropes with eldritch horror and winds up with something that is superior than the sum of its parts.

And starting today, the first three books in the series are on sale to commemorate the release of the fourth (and final!) book in the series. Considering the first book was only launched in June of 2015, we have a completed and polished series in a bit less than three years. Considering we’re six-and-a-half years removed from the last Game of Thrones book, that is a stunning accomplishment that polishes Brian’s “pulp speed” credentials.

From the back cover: 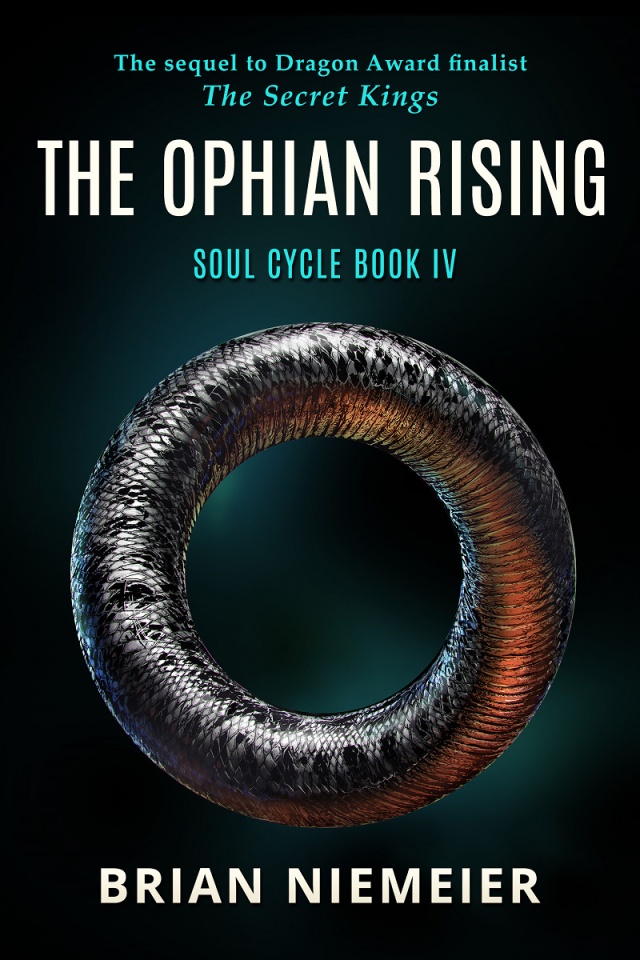 The Zadokim healed the cosmos from the ravages of the Cataclysm, and the survivors made them kings. Now the Ophians, a ruthless insurgent movement, wage a vicious uprising against their immortal rulers’ two hundred year reign.

Xander and Astlin have transformed the desert world of Tharis into the hub of a flourishing trade empire. Their Nesshin subjects spread a new faith promising true freedom in another universe. But when Astlin seeks forbidden knowledge to resurrect her long-dead family, sinister forces exact a terrible price from those she loves.

With the Ophian threat engulfing the spheres and a primeval terror rising from its prison, Astlin must turn to a shiftless gambler, the outlaw squire of a fallen knight, and a mismatched pair of smugglers to escape the ghosts of her past and save all souls from eternal death. But can mortals succeed where even gods have failed?

Heady stuff – I know that I’m looking forward to the final culmination of what Brian’s been building to since the first book. If anything, I know there’s a way I’d like things to play out, but based on the prior books in the series, I’m sure there are more than a few curve balls headed our way.

You can find the series link here.  If you own the first three as I do, The Ophian Rising itself is found here.